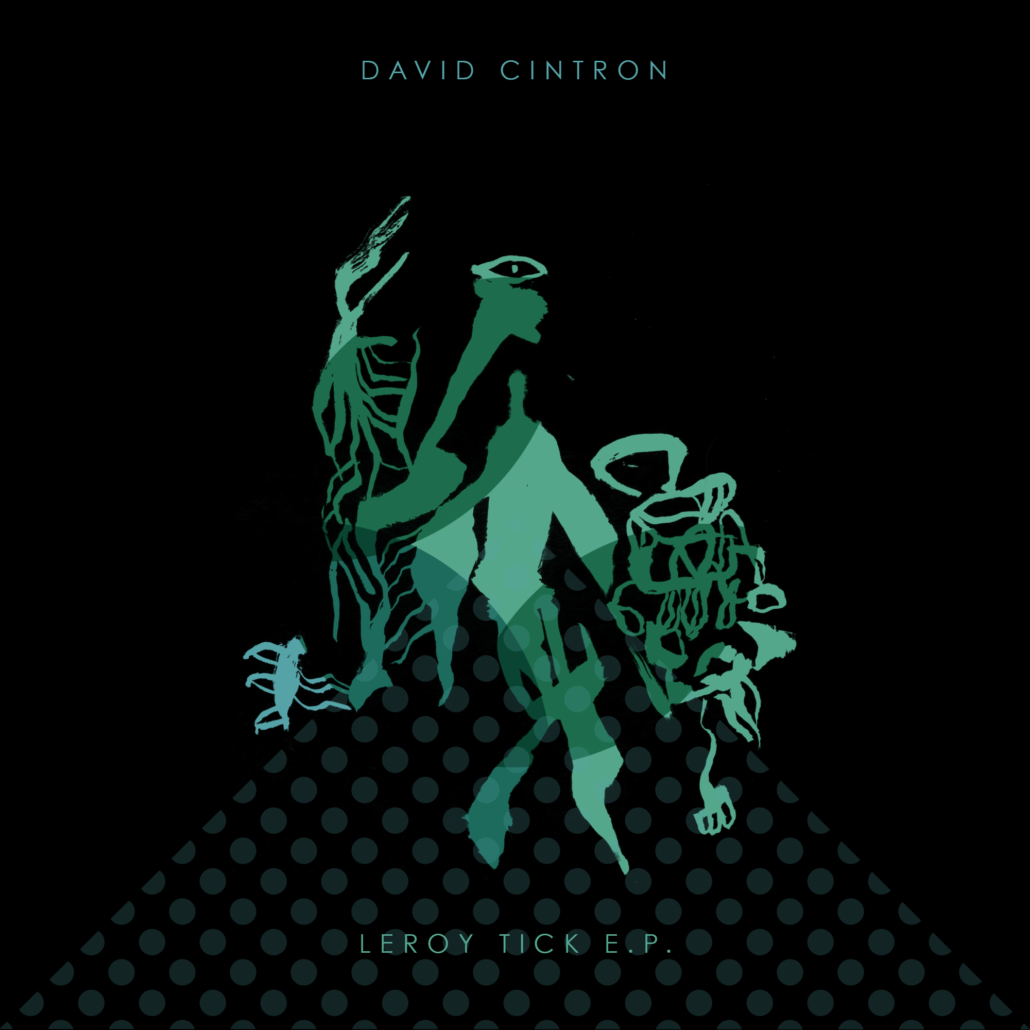 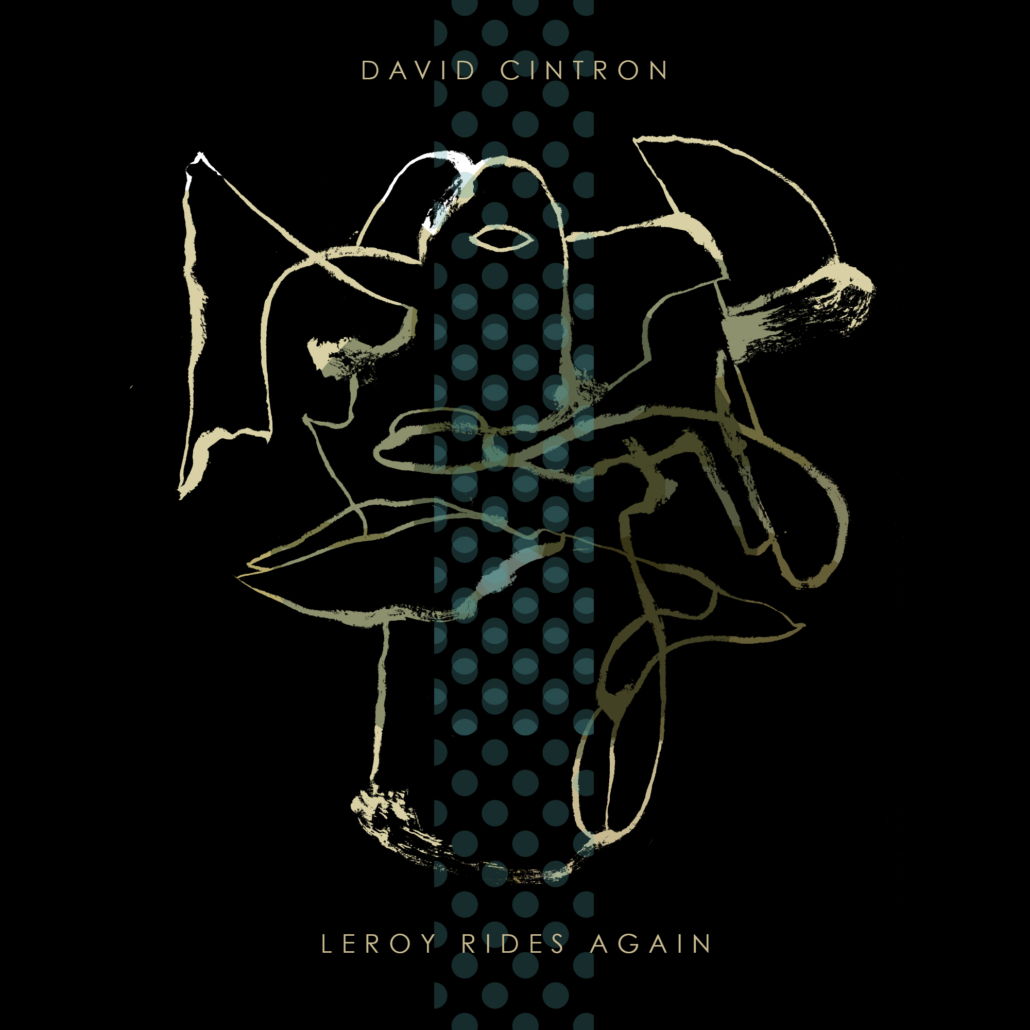 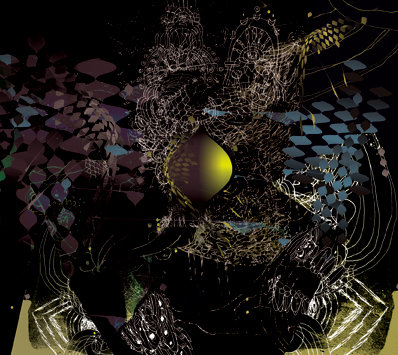 David Cintron – No On
Track List:
01) Through the Center
02) Outer Rim

David Cintron – No On digital stream and download
Lighten Up Sounds, re-release, May 6, 2019

“Any fan of the psych rock outfit Terminal Lovers should be stoked over this release.  David Cintron, guitarist and vocalist of the aforementioned project, has taken it upon himself to grant some focus out of his time with his usual music project to dive headfirst into the world of droning dark ambient and ethereal dirge recordings.  Cintron has had his worked featured over a relatively wide area of the Cleveland experimental scene, first working in the early 90’s with the project Dimbulb, whom largely released on the short-lived Michigan-based label Anti-music Records.  Later, David would obviously join up with Terminal Lovers, but has also had a large amount of his work featured on Scarcity of Tanks records (see: “Total Life Society Records”).  Outside of this, David has also done work with his little-known project Downside Special whom had a very limited self-titled release in 2004 as well as a collaborative effort entitled “Funambulist” between members of Terminal Lovers and Fuzzhead, as fronted by psych rock jammer Dan McGuire.

Cintron’s style of drone not only takes from the psych elements that he has become accustomed to in the other projects in which he takes part, but also utilizes pretty much everything that any avid drone creator has at their disposal to give birth to that textbook cavernous sound including guitar, various electronics, and a ton of synth.  Cintron’s drones aren’t exactly complex in a subtle way, but rather takes a more up-front approach that utilizes a great deal of warm synth that ends up giving the music he creates a unique ethereal — and strangely vintage — sound.  The sound only rarely seems to get close to the industrial side of ambient, but rather exists in a dense fog of sound with fluctuating minimal components from tidal synth swells to heavy alarms with a slow flange.  A small amount of melodic work can be heard through sparse moments of each nearly 22-minute track.  Track two features a more visceral approach with experimental sound hiding deep in the background of the mix to the point that it’s barely audible — a distant howling hidden behind the spherical echoes of a giant cosmic presence, a deep sound that causes imagery of Fenrir galloping about the stars in a vicious rush.

Drones here in track two feature more guitar prominence while track one is noticeably synth-based.  Also, the various subtle melodics that are featured in very small areas of the album are more aurally present in “Outer Rim”.  It’s hard to knock much if anything about this release.  If anything, “No on” is impressive because of it’s immensely thick sound.  Many droners fail to realize that they have to utilize all ends of the aural spectrum to create a dense sound, most either sticking to the mid end or going high and low.  Cintron seems to grasp the fact that weaving through all variables and levels of volume and octaves will achieve a far more powerful drone.  While it’s hardly David’s first venture into music, as his solo debut, this is indeed impressive.”

“This CDR comes from Cleveland musician David Cintron, who played with ‘avant rock’ bands such Terminal Lovers and Scarcity Of Tanks. His two pieces on ‘No On’ have nothing to with ‘avant’ or ‘rock’. Apparently he uses here synthesizer and guitar and a whole lot of electronics to create two twenty-two minutes of deep, isolationist music. Think Lull, think Mirror, think Ora – but I think Cintron certainly has his style in picking up the drone thread from there. Shimmering metallic sounds shine through in the mix. This particular end of drone music is in that dark alley – the underworld of ambient music, isolationist as we used to call this in the mid nineties. Topped with a nice professional digipack, this is easily the best release I heard from this label.”
– Vital Weekly

“…it’s time to welcome back Terminal Lovers’ leader Dave Cintron, whose new album NO ON is a compelling and highly useful wipe-out. Featuring just two 20-minute long pieces, Cintron delivers a kind of post-industrial Cleveland sonic ooze, as though Gavin Bryars’ ‘The Sinking of the Titanic’ had been performed not on violins and cellos but on carburettors and accelerators. Now operating as ‘David Cintron’ though still available via www.davecintron.com, our erstwhile Head Heritage fave should be a greedy motherfucker and demand to release albums under both names. And with meditational aids this good, David Cintron is good for another twenty years. Great fucking news.”
– Julian Cope, January Drudion 2012

“The name of Cleveland-based musician David Cintron will probably ring a bell with the more guitar-oriented portion of this venerable magazine’s readership as the member of avant-rock outfits Terminal Lovers and Scarcity of Tanks, as well as a whole slew of other projects. He recently took some time off from his day job to give vent to his more ambient-based aspirations, the result of which, released under his own name on Lighten Up Sounds, a small private imprint specialising in experimental art and sound, is clearly aimed at those who like their music dreamy and minimalistic.
Composed of simply two 20-minute tracks, No On is a record that will appeal to people with a taste for the meditative or on the look-out for music to fall asleep to. Its highly reflective nature, the overall flow of the delivery and the general dreaminess that permeate throughout make it a perfect companion for late-at-night listening sessions and serve to place the record firmly in the drone ambient field favoured by bands like Lull or Troum.

Obviously, going for a less-is-more approach and keeping things to a bare minimum is always a risky affair. No resorting to compositional tricks, no hiding behind walls of noise or sweeping soundscapes. One needs to rely solely on their ability to let the sounds tell their story and the listener’s readiness to join the ride, no mean feat in this world of musical over-exposition. Maeror Tri managed this to superb effect back in the day but that doesn’t make it easy and for that alone, Dave deserves credit for baring it all out and accepting the risks inherent to this kind of exercise.

Beautifully packaged in a UV gloss finish digipack and featuring artwork by the man himself, No On is to ambient what shoe-gaze is to rock and Andrei Tarkovsky to cinema. In other words, it will prove a rewarding listen for those who are ready to give it the attention it demands and immerse themselves in its sonic make-up without expecting instant self-gratification at every turn. If only for that, it comes highly recommended.”
– Musique Machine